To my shame – and despite owning a number of her books – I’ve never read any of Chimamanda Ngozi Adichie’s work. That is until very recently, when I picked up her latest release Notes on Grief.

As is perhaps evident through my reviews on this site, I’m always really compelled to read anything which explores grief and loss. I often find reading about it very stirring and comforting. Adichie’s contribution chronicles her experience of grief following the death of her beloved father, James Nwoye Adichie, in 2020. It was first shared as a long read by the New York Times, and was recently expanded and published as a lovely mini-hardback by HarperCollins.

For reasons I’m struggling to understand, Notes on Grief did not resonate with me as much as I’d hoped. I think, perhaps, her loss felt a little alien to me. While I myself have lost my Mum, I lost her very young, and never had the opportunity to enjoy a relationship with her in adulthood. Adichie’s father died at a much older age. Her loss, while no less devastating, therefore felt a little disparate to me.

Any loss of resonance, however, was entirely personal. There is no denying Adichie’s power as a writer, and her encapsulation of the pain and anger of grief – so fresh and incomprehensible at time of writing – is frequently stunning. Some of the lines I found most striking include:

I finally understand why people get tattoos of those they have lost. The need to proclaim not merely the loss but the love, the continuity. I am my father’s daughter. It is an act of resistance and refusal: grief telling you it is over and your heart saying it is not; grief trying to shrink your love to the past and your heart saying it is present.

The news is like a vicious uprooting. I am yanked away from the world I have known since childhood.

How quickly my life has become another life, how pitiless this becoming is, and yet how slow I am to adapt.

There is a desperation to shrug off this burden, and then a competing longing to cosset it, to hold it close. Is it possible to be possessive of one’s pain? I want to become known to it, I want it known to me. So precious was my bond with my father that I cannot lay open my suffering until I have discerned its contours.

‘Never’ has come to stay. ‘Never’ feels so unfairly punitive. For the rest of my life, I will live with my hands outstretched for things that are no longer there.

Her inexhaustible love, devotion and agony are palpable, and so finely expressed. I’m certain I’ll come back to the book again someday, for its frank wisdom and subtle, unfurling layers of meaning and experience. It goes without saying that Adichie is a master of her craft. Notes on Grief has made me as keen as ever to dive into more of her work – the beautiful, heartbreaking simplicity of its ending especially:

Grief has, as one of its many egregious components, the onset of doubt. No, I am not imagining it. Yes, my father truly was lovely.

Hello hello – it’s been a while! Normally I aim to upload at least one post per month, but my workload at university has been super hectic these past few weeks. Fingers crossed I’ll be able to post more often from now on, since I’ll only be focusing on my dissertation for the foreseeable (alongside working at a museum!)

I wanted to discuss a book that I was very fortunate to receive an ARC of a few weeks ago, Highway Blue by Ailsa McFarlane. As it’s McFarlane’s first novel, I had no idea what to expect, but I was really drawn in by the blurb:

‘In the lonely town of San Padua, Anne Marie can never get the sound of the ocean out of her head. And it’s here–dog-walking by day, working bars by night–where she tries to forget about her ex-husband, Cal: both their brief marriage and their long estrangement.

When Cal shows up on Anne Marie’s doorstep one day, clearly in trouble, she reluctantly agrees to a drink. But later that night a gun goes off in a violent accident and the young couple are forced to hit the open road together in escape.

Crammed in a beat-up car with their broken past, so begins a journey across a vast, mythical American landscape, through the dark seams of the country, toward a city that may or may not represent salvation.

Highway Blue is a story of being lost and found–and of love, in all its forms. Written in spare, shimmering prose, it introduces the arrival of an electrifyingly singular new voice.’

And, in all honesty, it was stunning. I was so, so pleasantly surprised. McFarlane managed to take the age-old ‘love on the run’ trope and make it feel fresh and otherworldly. Deeply cinematic, her prose was gorgeously introspective and atmospheric.

Even the old minister didn’t sound like he believed them. One other body to have and to hold until death do us part, one sweating, swearing, beautiful, clever, lazy, apathetic bunch of cells to keep you until the bitter end. And if you said the right words you got to walk out of that little church with a piece of paper to prove it, and then one day that piece of paper would become one of the pieces of paper that they stack together and put in a box when you die, all ready to give away to your family while they fight out the scraps left around the negative space that used to contain you.

I’d highly recommend reading for its playful, transportive imagery and for the honest brilliance of its protagonist. It’s short but a real triumph. It had a very strong, searing, feminine quality to it which I absolutely adored, both in McFarlane’s encapsulation of the world, and in the labyrinthine aches and daydreams which haunt her protagonist. It’s a wonderful, unique portrait of heartbreak and youthful aimlessness. A stark and unsentimental bildungsroman.

As we left, the barman called after us, “Have a good evening,” and it made me look back to reply to him, and as I glanced back from the doorway I saw the little room of the bar like a play in a box full of orange light, and little people sitting at the tables all held up in conversations, and pictures on the walls and rows of bottles behind the counter, green and orange, all of it held in this little puppet- box room, this theater light- box, and just for a flash I felt very huge and nothing in that room seemed real.

I can absolutely see this (bafflingly young) writer forging an impressive career in years to come. Don’t miss out.

I had come across Ernaux before, during a French culture class at university. I remember feeling really drawn to the striking, candid, simple loveliness of her words. She was intimate and confessional, but dispassionate. Strong. Exact.

And Simple Passion is no different. In just 56 pages, Ernaux chronicles an affair she had with a married man some years prior – the clandestine meetings, the daydreams, and every coveted phone call. In her simple, unsentimental style, she depicts the intense, overwhelming infatuation she developed – the memories and sufferings and strange madness she came to crave. Her depiction of passion is both enviable and unsettling. Her pain and joy are so palpable and human.

Sometimes I wonder if the purpose of my writing is to find out whether other people have done or felt the same things or, if not, for them to consider experiencing such things as normal. Maybe I would also like them to live out these very emotions in turn, forgetting that they had once read about them somewhere.

Without judgement, nostalgia or regret, she powerfully illustrates the intoxication she felt throughout the two-year entanglement. The way she shunned anything, or anyone – any love or hope or pastime – which did not link to or evoke her lover. It is evident that each moment, each detail is something she cherishes, regardless of the absurdity – the utterly incredible, yet all too real mania – of living one’s life entirely for another.

As you can imagine, Simple Passion is an engrossing (and strangely comforting) read. I’m desperate to read it in its original French, though credit must be given to Tanya Leslie for providing such a perceptive and luminous translation here. This work really is quite flawless – and entirely worth buying for its courageous honesty and subtle, yearning beauty.

You can buy it here. 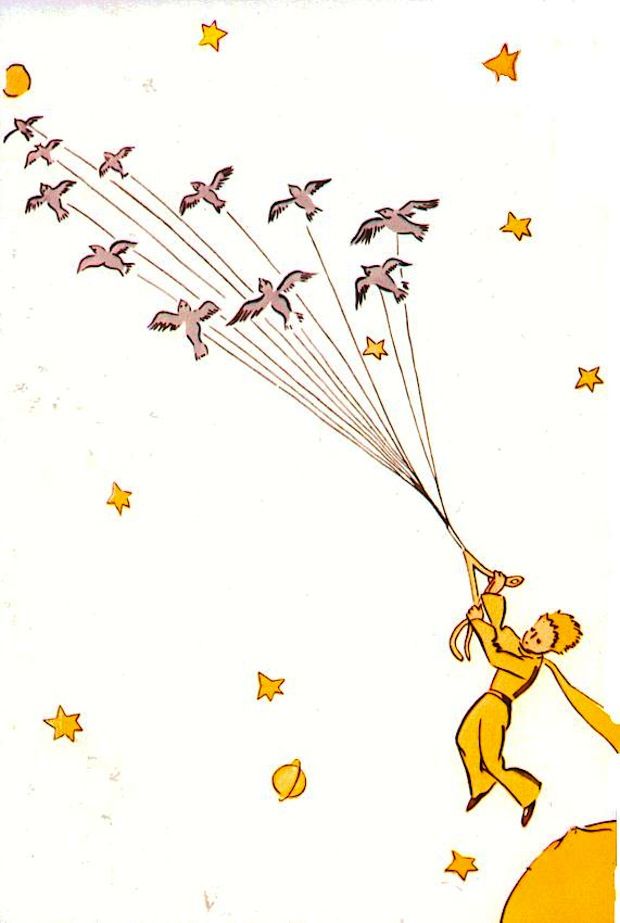 “I have sometimes dreamt, at least, that when the Day of Judgement dawns and the great conquerors and lawyers and statesmen come to receive their rewards — their crowns, their laurels, their names carved indelibly upon imperishable marble — the Almighty will turn to Peter and will say, not without a certain envy when He sees us coming with our books under our arms, ‘Look, those need no reward. We have nothing to give them here. They have loved reading.’”